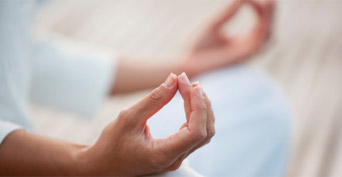 Solitary, sidelined and nowhere to go – this is how a lot of us feel today while walking the path of goodness. As the shrewd and cunning steal the show, virtues like simplicity, honesty and humility are considered outdated. Sermons on goodness are generally reserved for the ones in their twilight years. For the rest it’s normal to pursue power and wealth by hook or crook.

Where truth is always fighting a losing battle, justice seekers are compelled to give up hope after arduous wait. The weak and poor are on their own because might is the accepted right. Relationships are need-based and have reduced to a spectacle on social networking sites. The virtual world has taken over our reality and glossy visuals have hijacked genuine content.

Unable to make sense of such a hollow, self-centred culture, many today are at the end of their tether; some are even forced to take their life. Those who show the rare courage of standing by their principles are made to pay a price, abandoned, threatened or eliminated. It’s been a while since we last witnessed the victory of good over evil. How long will it go on this way?

It is clear that the good and the bad cannot live together. As the world today is conducive for negativity, where should the good people go? Will they too be eventually swept away by the current of moral slump, or is there any hope for them?

As change is inevitable, nothing lasts forever. These difficult times too shall pass. In fact there’s little time left for the empire of evil now. They say when sin and suffering reach an extreme, they actually approach their end. So it is time for goodness to replace them, for a new world order to set in. Some more patience and we will be at the beginning of a new cycle of time.

The Bible speaks of a time when the meek will inherit the earth. According to Hindu scriptures, after the ultimate degradation of values in the Iron Age, the cycle of time begins again from its superlative stage ‘Satyug’. There the lion and lamb drink from the same trough. This world of complete non-violence is in the offing. So the struggle of good people will end soon. In the Golden Age, they will no longer have to swim against the tide as all values will be in full bloom.

The present cloudy times will surely give way to sunshine, but not all will bask in it. Only those who stick to their virtues now, cleanse themselves of acquired falsity and revive their original spiritual sheen will be rewarded.

To make this journey, an effort maker should, first of all, be convinced of his own goodness. He must rest assured that even the smallest act of kindness is a personal investment having assured returns. He must keep the faith that nothing noble is ever wasted; it always adds a little joy somewhere. Above all, he must know that being good is the only way to feeling good within; it is the mantra to happiness and health.

Secondly, an effort maker must discard those thoughts, words and actions that bear allegiance to the old corrupt world. Like a loyal soldier of the army fighting for righteousness, he must choose right over wrong at every turn of his life. For this he would need to first win over his own mind.

To gather the strength and enthusiasm to make this major transformation, an effort maker must make God His companion. Through this highest connection, he will be empowered to change old habits and adopt a positive lifestyle. The rays from the Ultimate Spiritual Powerhouse will heal his past, cleanse him of any negative residues, and emerge his pure core. By following this way of transformation consistently, a few committed guardians of goodness, under the guidance of the Almighty, will be able to turn the tables. They will be able to set into motion the new cycle of time and usher in the world of harmony.  **

An Oasis of Peace Empowering individuals and organisations to inculcate higher order values of life and providing the training.