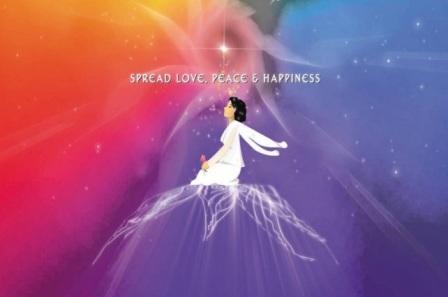 Yoga is a buzz word today. Each one seems to be practicing or seeking out some form of yoga. Yoga can be classified broadly as ‘hath yoga’ and ‘sahaj yoga’. The former relates to bodily practices and the latter integrates it with the various types of mental exercises.

The branches of a tree grow out from the main stem or the trunk. The trunk is always one, it is stable and the foundation which has the strength. On the other hand, the branches are of different shapes and sizes and lack the strength of the trunk. Looking at the multiple types of yoga available, it can be understood that they have branched out from some basic form of yoga. The foundational and true yoga has to be one and not many. A spiritual shopper wonders what is that true yoga out of the plethora available to him.  The real and true yoga would bring about purification of the person’s mind, body and  karma. It would remove all his sorrows and make him eternally happy. If indeed it was being practiced and taught, then there would be enough examples of pure and eternally happy people. Each one would automatically been attracted to that one yoga, just as a flame naturally attracts the moths.

The benefits of yoga which are described can be attributed to the qualities and praise of God whom we call the purifier, liberator, remover of sorrow and the One who bestows happiness. Seekers have longed to connect with God and attain these benefits and powers. Hence the original yoga was taught by the Supreme Himself. God of Geeta said, I taught yoga which however disappeared since long from this earth. It means that the multiple techniques of yoga taught by the human beings are not those of the original yoga. Understandably those other forms of yoga fail to bring about complete purification.Universally it has been recognized that the task of transformation of the whole world, the purification of everyone and everything is the task of God. Since God alone is the ocean of knowledge and powers, therefore it Him who has the capacity to carry out this task.

Now the question arises, how can one receive the powers from God? God says that I descend and give power through the knowledge to a few souls. These receivers recognize the Godly message. These souls then transform the powers received from God, influence of which is reflected in their thoughts, words and deeds. The other souls are influenced by the purity of thoughts and actions of the transformed souls, and adopt it to some extent in their own lives. Hence the power received from God is transmitted to the other souls. Everyone can receive, but few become transformers, i.e. those who bring the Godly knowledge in their practical life. The transformation which the souls bring about in them not only benefits other souls, but the elements of nature also become pure.

The physical electricity can do many things like lighting, heating, cooling etc. Since God is omnipotent, then through the powers received from God much more can be done or achieved. Just like electric current cannot pass through the bad conductors like wood or stone, in the same way, one needs to be a good conductor in order to receive and transmit God’s power. Some souls receive, transform and transmit the powers received from the Almighty. Good conductors help in God’s task of world transformation.

The intellect of the human being is the conductor through which the powers received from the Supreme has to pass. God gives power through the knowledge and through yoga. A good conductor soul must have a clean mind and clear intellect for receiving the God’s powers. Maximum benefit can be reaped when one transmits the powers he receives and accelerates the task of world transformation.

An Oasis of Peace Empowering individuals and organisations to inculcate higher order values of life and providing the training.